High Wheel Bicycle, High Wheeler, Penny Farting and Ordinary are all terms used to describe the first vehicle to be called “bicycle”. This was what bicycles looked like from around 1870 until the development of the safety bicycle (modern bicycle) in the late 1880´s.

Elegant, simple, efficient and perhaps a little bit precarious, the Ordinary developed from the Boneshaker (or Velocipede) as a response to need for speed, lightness of design, better performances and greater comfort. As the front wheel grew larger, there was a corresponding reduction in the size of the rear wheel in order to lessen the overall weight of the machine. Although the model was shortlived, it became the symbol of the late Victorian era.

Weight was reduced by use of steel tubing for both the front fork and the frame, and use of hollow rims for the wheels. Overall performance was further improved by use of ball bearings. Handlebars were at first straight, but later, as the front wheel became larger, they were dropped in design. A great variaty of saddles was produced to meet the desire for greater comfort. There were many different kinds of brakes both for the front and rear wheel.

Despite the introduction of fittings designed to give a safer and more comfortable ride, the roads were the actual problem. They were in poor condition and on such surfaces it was difficult to maintain stability, and a heavy fall forward over the handle bar (”taking a header”) could be fatal. But most riders learned to fall correctly.

By this time, bicycling was a sport for young men, who were proud of the scars they incurred in mastering their mechanical steeds, since once mastered the Ordinary moved with a smooth graceful motion. Many of these young men joined clubs to pursue their pastime and soon Ordinary became a cult among a huge body of cyclists.

In the 1880´s bicycling as a sport  was growing increasingly popular and the races drew huge crowds. High wheel bicycles was the formula 1 of its time.

The bicycle was also acting as a social leveler. Given independent transport, working men (although the bikes were still very expensive for a worker) could move out to the suburbs and pursue a healthy lifestyle. 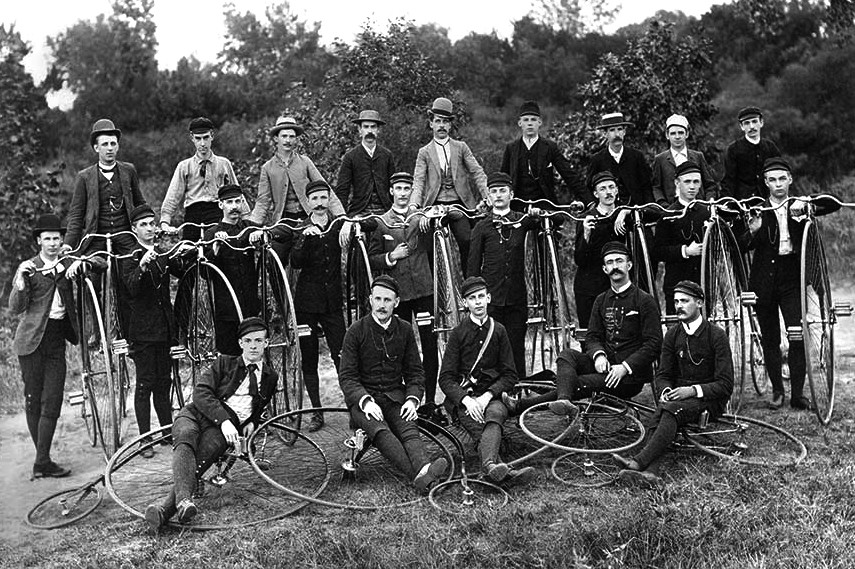 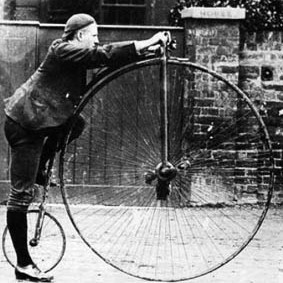 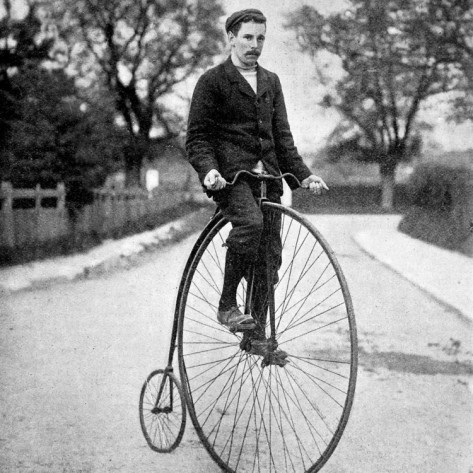 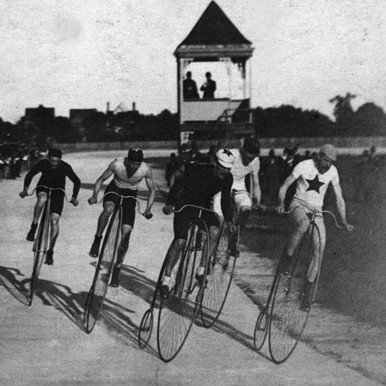